My Beloved and I went back for a weekend visit to Provincetown, Mass.—or as my friend Jenny calls it, "the scene of the crime." We arrived in rain on Friday, were rewarded with a glorious blue-sky Saturday, and stumbled across two barefoot-on-the beach weddings, one gay, one straight. I love P'town.

On an overcast Sunday morning, we bicycled through the rambling Provincetown cemetery, which differs from other small-town cemeteries in the number of gravestones that read "drowned" or "lost at sea."

I was particularly struck by the plot of Captain Barzillai Higgins and his wife Abigail, and by the five little headstones laid out in front of them. Five of their seven children died before they turned seven. Two of them, little Abigail, age 4, and Isaac, age 1, died within six days of each other in April 1832. Captain Higgins was lost at sea when a steamship collided with his whaling schooner. Son Solomon died at 35 while at sea in Haiti. And Abigail lived to age 75—surviving her husband, one granddaughter, and every damn one of her seven children. 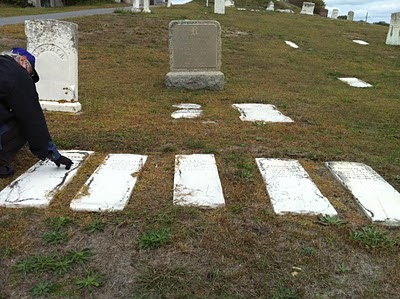 If there's ever a sign from the universe that you need to get over yourself, you'll find it in a 19th-century cemetery.

I did some fretting this summer, but I do realize (after the fact) how first-world and 21st-century my worries were. This was our summer of transitions: our first together in New York, and the first time I've witnessed the bubbling-up of spring into summer and the fitful slide of summer into fall. This summer also marked the end of The Child's first year at college, a year that, not to put too fine a point on it, sucked. The qualities that looked good on paper—structurelessness, independence, having no roommates—proved less charming in realities on the ground; a year that started with anticipation, hope and a little stress ended with only the stress remaining.

So The Child is not going back to that college; in fact, she's not going back to college at all this year. After a couple of months in L.A., she decided to join us in New York and look for a job and an apartment. Which meant the three of us living together in a one-room loft apartment where the only wall is in the bathroom. Cozy!

We established house rules, we danced the complex minuet of three adults living in a small open space, we endured some gritted teeth and frayed nerves. But we—and she—rose to the occasion, too. She'd come home from days of pavement-pounding and resume-delivering, and we three would compare notes over dinners at our little table by the window. We'd all turn out our lights at the same time each night.

The Child got a job at Barnes & Noble, and thanks to Craigslist, has found an apartment with an adorable and compatible roommate in Brooklyn. In an emerging, gritty-turning-hipster neighborhood that had me fretting again as I researched crime statistics and haunted local blogs for comforting words on safety.

I consulted a young female acquaintance who has lived there for six years. Brigitte wrote back, "I'm not sure what I can say that would be reassuring except it is home to many people who live, love, and experience joy in this neighborhood." I calmed down. We walked the streets and appreciated the ingenuity and optimism of people opening bakeries and organic markets and coffee houses in former industrial spaces. The Child started schlepping stuff into her new fourth-floor walk-up.

It's only been a few days so far, and maybe I'll never lose my maternal capacity for spooling out worst-case-scenarios while I lie in bed listening to the sounds of the city. But though my child is not under my roof, she's not at sea, nor is she lost.

In fact, I think this may be a chance for both of us to find something. 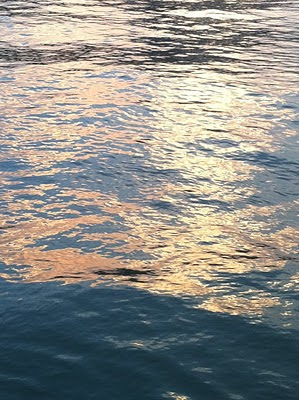