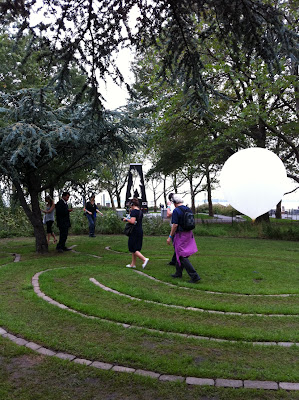 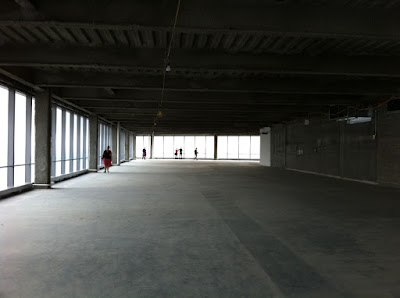 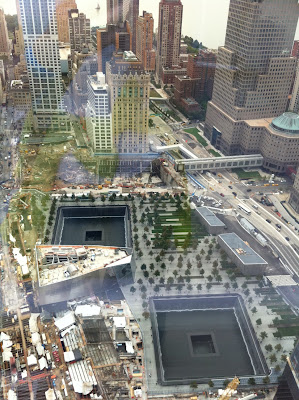 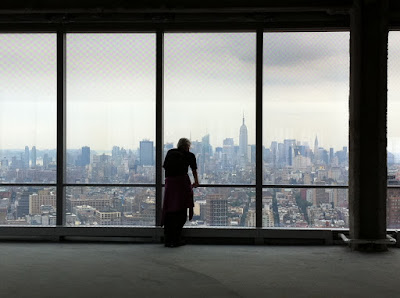 Love the idea of stillspotting & Arvo Pärt (I particularly like Fratres for cello & piano). The labyrinth called to me. Do you know the Grace Cathedral labyrinth in SF? It is worth a visit. (http://www.gracecathedral.org/visit/labyrinth/) And, while I share your acrophobia, the view from the new WTC7 was moving & gorgeous. Agree with your Beloved: beautiful spaces such as the Woolworth Building should be seen & enjoyed; it seems odd to seal away such a space. I have, once or twice, gone into our city hall—much less spectacular—& laid down on the floor & gazed up. No one has objected so far.

Why is the Woolworth building closed? Was it damaged, are they restoring it? And how long has it been closed, do you have any idea? And here's another irritating (and probably obvious!) question -- how did you get to the 46th floor of the WTC tower? Was the elevator "finished" or a construction site elevator? Are those the final windows, you think? Or just temporary windows? Was there any security? I didn't know that anyone could access those buildings at all. Nice story and I am SO HAPPY that read your blog! :)

Katherine: I've heard about and seen pictures of Grace Cathedral's beautiful labyrinth, but have never seen it in person. I so love the image of you lying on the floor in San Francisco's City Hall. I'm tempted to try that in the Woolworth Building (I may not be the first).

Gaylen: The Woolworth Building lobby is closed to the public because the current owners are selfish jerks (she said scientifically). The building is open for business; NYU has some offices in there. And WTC 7 has been open for business since 2006. Apparently it's 90% occupied! The extremely high-tech elevator makes your ears pop as you whoosh silently up to the as-yet-unoccupied 46th floor.