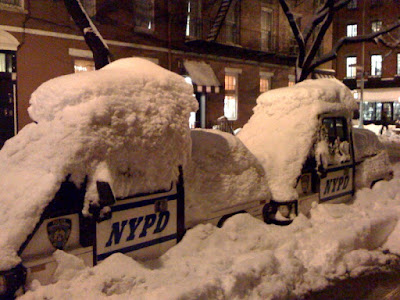 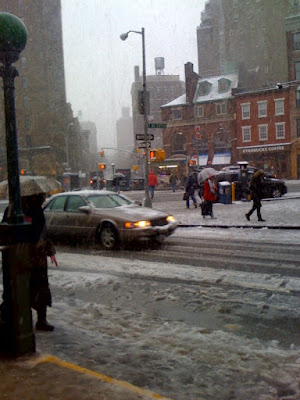 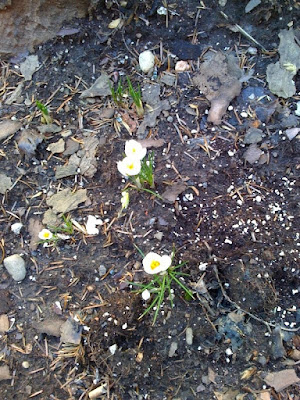 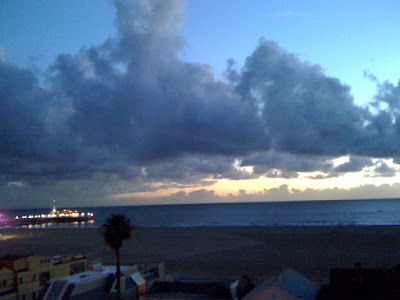 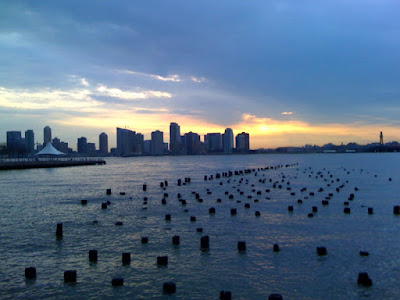 * Title courtesy Katharine Hepburn, speaking of her film The Corn Is Green, in her autobiography, Me.
Posted by Susan Champlin at 5:29 PM

Great post, Susan. And not all New Yorkers get burned out on snow and slush. I always love it when nature gently messes up our plans.

I don't know what the statistic is, but a huge share of the people in New York have moved here from somewhere else. My immediate circle of friends is heavy on New Yorkers, since I grew up here, but it also includes people from Iowa, Kansas, Wisconsin, Texas, Illinois and several other states. And then there are all the people from other countries. Sooner than you realize, you will be just as much a New Yorker as anybody else. Glad you're here!

Yep, my brother moved to NY from the UK and loves it. He's been there 10 years now and I think of him as a New Yorker.

And funnily enough I have duplicate copies of some of those images - the police cars piled high with snow and the view over the Hudson. Classic NY pics.

Your blog is a really fun read...good luck in your new home. I've only been to NYC twice but it was a wonderful time and everyone I met was so helpful as I stumbled around the big city with my eyes constantly looking up! Good luck!